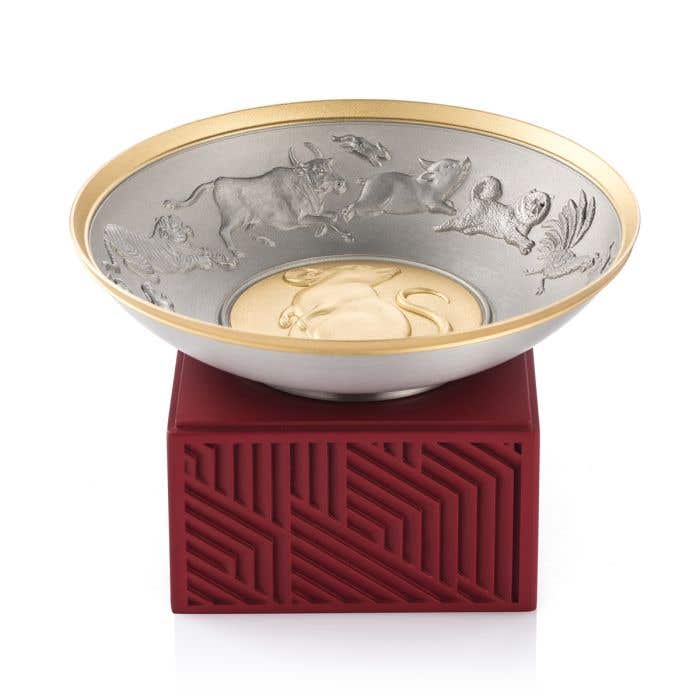 In Chinese geomancy or feng shui, it is believed that, with certain characteristics, a bowl has the ability to draw in wealth and opportunity. In addition to a generously open form, the better for which abundance to enter, our bowl for this new 12-year cycle also features wealth-attracting 24K gilding to the rim and the inquisitive rat in the central medallion. Dashing round is a lively frieze of the twelve animals engaged in the Great Race.


A H4cm x 6cm landscape format engraving plate for personalisation is included, as is a square display stand in crimson bonded porcelain, incised with stylised waves, rocks and clouds.