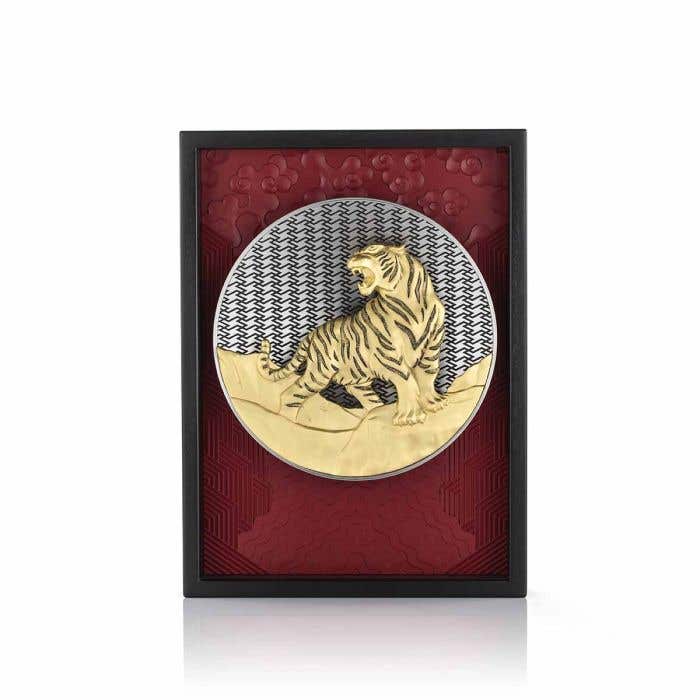 A tiger stands proud amidst a rocky landscape, against a parabolic pewter disc inscribed with a repeating wan or ‘ten thousand years’ longevity pattern. Together, the composition represents steadfast confidence in the present and future, and the determination to succeed.

Stylised waves, rocks and clouds provide a dramatic backdrop in crimson composite resin. Considered together, the plaque’s bold disc and its rectilinear frame reference the Chinese concept of the dome of heaven and the earthly plane, with its allusions to universal harmony.