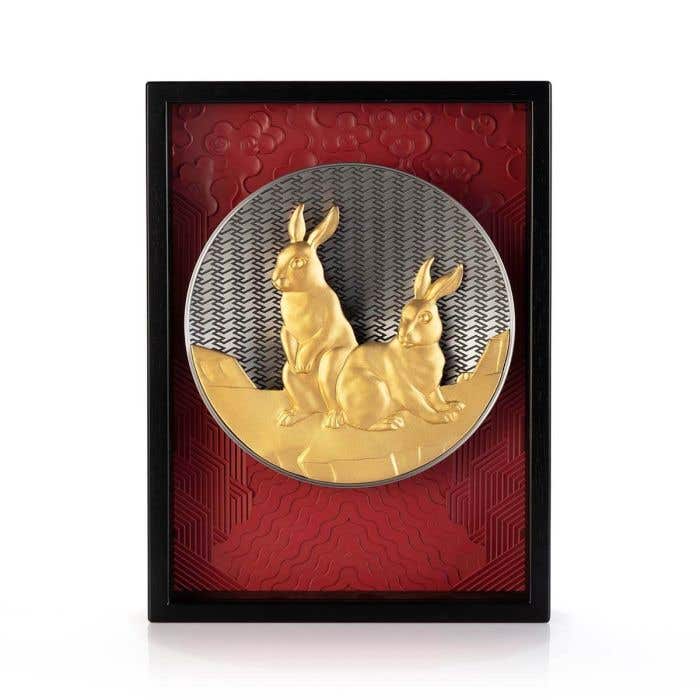 Stylised waves, rocks and clouds provide a dramatic backdrop in crimson composite resin. Considered together, the plaque’s bold disc and its rectilinear frame reference the Chinese concept of the dome of heaven and the earthly plane, with its allusions to universal harmony.

Includes a 4cm x 12cm engraving plate. Appropriate for personalisation in either landscape or portrait orientation, it slots comfortably into the frame’s integral channel.