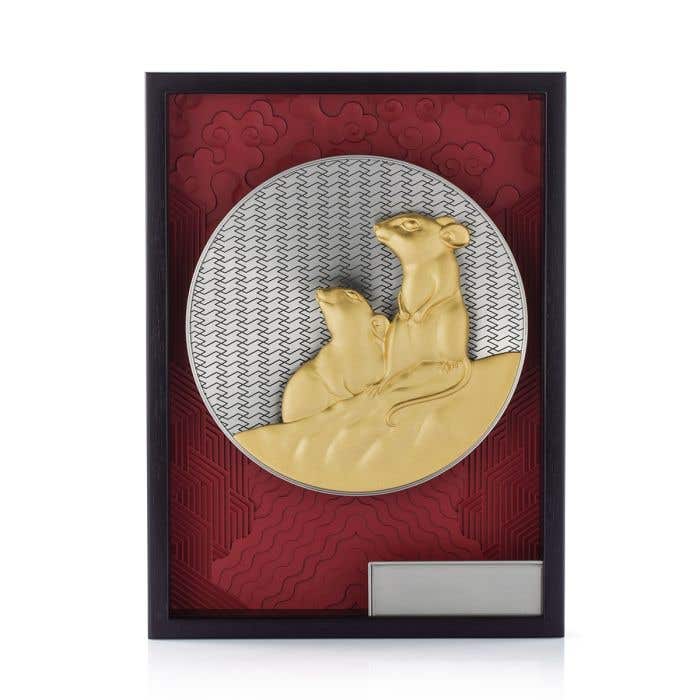 A pair of 24K gilded rats, gazing confidently to the year ahead, sits against a parabolic disc in lustrous satin finish pewter. Replete with the traditional repeating wan or ‘ten thousand years’ longevity pattern, the disc harnesses light and shadow to accentuate the golden rats. Stylised waves, rocks and clouds provide a dramatic backdrop in crimson bonded porcelain. Considered together, the plaque’s bold disc and its rectilinear frame reference the Chinese concept of the dome of heaven and the earthly plane, with its allusions to universal harmony.


Folk tales recount the oriental zodiac's origins with the story of the Great Race, called by the deity the Jade Emperor to assign each year in the 12-year cycle an animal in the order they reached him by crossing a river. First past the post was the Rat, then the Ox, Tiger, Rabbit, Dragon, Snake, Horse, Ram, Monkey, Rooster, Dog and Pig.